Autodialers: How to do Automated Outbound Calling the Right Way 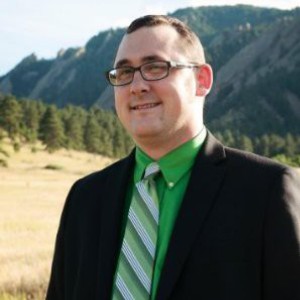 Automatic dialers, or auto dialers, are powerful tools that can streamline your outbound calls and make the process much more efficient. They can also, however, create trouble for your call center due to the legal regulations and public perception of autodialing technology. In this blog, we’ll explore what autodialers are, what they should be capable of, and how to use them properly.

Autodialers or automatic telephone dialing systems (ATDS) are electronic devices or software that automatically dials telephone numbers through the use of random or sequential number generators. Once the call has been answered, the autodialer either plays a recorded message or connects the call to a live person.

There is a distinction between when an autodialer plays a recorded message or connects the call to a live person when a caller picks up. When an auto dialer plays a pre-recorded message, it is often called robocalling or voice broadcasting. Some examples are asking the person who picked up to phone to press a button on their phone keypad or playing an advertisement. When an auto dialer connects a customer to a live agent, it is called a predictive dialer or power dialer. Predictive dialers often use real-time analysis to determine the optimal time to dial numbers, while power dialers dial a pre-set list of phone numbers for the agent.

THE LEGALITY OF AUTODIALERS

The use of auto dialers and automatic telephone dialing systems (ATDS) in the United States is regulated by the Federal Communications Commission, or FCC. The FCC enacted the Telephone Consumer Protection Act, or TCPA, in 1991. According to the TCPA and the FCC’s interpretation, the definition of an ATDS and ATDS equipment is any device that has the capacity to call, store, or produce numbers using a random or sequential number generator. Autodialers would typically go through a list of numbers and call every number. This ability to call, store, and produce telephone numbers at a quick rate through a sequential number generator opened up the opportunity for many outbound contact centers and telemarketers to flood the public with outbound telephone calls. This led to the rise of illegal robocalls and spam calls. As a result, the FCC passed legislation that introduced a statutory definition of what constitutes an auto dialer with the purpose of reducing the number of illegal robocalls. Any system that’s considered an autodialer system under TCPA’s definition or the statutory definition of an ATDS is subject to regulation.

Alongside regulation on the operation of autodialers, the FCC also requires the software to protect client information through the implementation of effective and comprehensive privacy policies. Privacy policies must cover any personal information of the client. What a privacy policy should include is covered in other laws, such as GDPR, HIPAA, and PCI.

In 2015, the FCC further expanded its definition of autodialer and ATDS through the Automatic Telephone Dialers Act and introduced a broader definition. The FCC’s interpretation of the ATDS definition and autodialer definition now includes almost any dialing equipment that is automated and is powered through generating sequential numbers.

Violation of TCPA laws can have severe consequences. If there is any inappropriate use of equipment that falls under the definition of an autodialer or is considered an autodialer by the ATDS definition, it can lead to punishment from the FCC or other government bodies. Punishments include having to pay statutory damages and being subject to lawsuits by litigants.

A key feature that any autodialer must have is the ability to distinguish an answering machine  or electronic device and a live human pick-up. Utilizing sequential numbers to dial through lists of phone numbers means your call center will often run into unavailable numbers. Since there is often no indication that a call is being answered by a machine, ATDS equipment must often analyze the incoming audio and make a decision on whether the voice is that of a human or machine. This will reduce the level of human intervention needed, reduce dialing such numbers, and increase the efficiency of your call center

Autodialers need to be compliant with many laws and regulations. Any equipment that falls into the definition of autodialer is heavily regulated by the FCC. As a result, your auto dialer should be compliant with federal regulations. Your autodialer should comply with laws and regulations, such as TCPA, HIPAA, PCI, and GDPR, and allow you to set a privacy policy to protect user information. All of these steps are necessary to avoid heavy fines and lawsuits by litigants.

Outbound telemarketing telephone calls are often scrutinized by the public. Due to the negative perception, your call center software should allow you to ensure that outbound interactions with your customers and consistently great. Through remote monitoring and AI-driven quality assurance, you can ensure that your call center is generating new leads rather than turning potential customers away.

An omnichannel call center system allows you to communicate with clients on all channels of communication seamlessly. Whether you want to connect with clients through ordinary calls, text message, conventional smartphone, email, or video chat, an omnichannel platform allows you to connect with potential leads through all of these channels on one, easy-to-use agent desktop. On an omnichannel system, interactions that begin through channels like text message can easily be transferred to a phone call, allowing your agents to seamlessly communicate with potential clients.

Bright Pattern’s robust contact center software has a powerful, capable autodialing system among many other advanced features. Being fully compliant with federal regulations and laws, Bright Pattern’s autodialer will ensure that your call center is safe from potential legal issues.

On top of a powerful autodialing system, Bright Pattern’s contact center solution is omnichannel. This allows you to communicate with customers on any channel, including text message, video chat, email, phone calls, and social media. Omnichannel also allows you to switch between these channels with ease, giving your client a seamless, personalized customer experience. Bright Pattern’s contact center software also fully integrates with any CRM, whether it is your own system of records or a third-party CRM, like Microsoft Dynamics, Oracle, or Salesforce. 2022 CX Challenges and the Road to Resilience How To Maximize Omnichannel Customer Service Elevate Your ITSM and ESM Solutions to Be Multichannel in 2022