The Bright Pattern Forecast for CX in 2022 Part 4 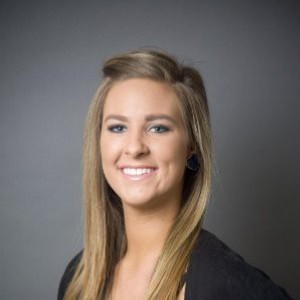 Last week we published part 3 of our 2022 forecast and trends which talked about how Bright Pattern can help you achieve your goals in the new year. This blog will continue on the theme of 2022 trends and strategies with two more ways you can improve your outbound calling and IT service management in the new year.

With the right dialer and service provider, your outbound centers can see good results by increasing successful calls in less time and having your sales team and CX professionals focus solely on the right people, like potential clients and potential buyers.

We have a full suite of outbound communications with preview, progressive, predictive, automatic, and power dialing, as well as outbound SMS campaigns. Our outbound suite is scalable for sales teams, collections, and promotional programs. One such use case is Pepsi, which deployed 1,500 seats on the Bright Pattern platform to assist in marketing promotions.

The Bright Pattern outbound call center solution can power your customer communication and customer support as well through omnichannel flexibility. Allow live calls and voice calls to be transferred to other channels in real-time to provide exceptional customer experiences.

What IT Service Management Can Learn from Contact Center

Too often the people and culture of IT are overlooked due to their natural focus on technology and tools. But every interaction with a user or employee through the service desk is an opportunity to deliver great service. This is an important mindset that should shape everything the IT organization does and in particular for the service desk that in many cases is supporting thousands of incidents and service requests per week. Behind every incident or service request is a customer of some form that needs help to make their day more productive and to perform their job better. The little things matter including a great attitude and paying attention to all the details that make for a great experience. We should always be asking ourselves, “How can we make our service better, how can we make our service more convenient, and how can we make our service more personal?”

Today, IT has access to powerful digital channels and these channels provide remarkable flexibility. For example, messaging including SMS is a very effective tool with which to reach many users quickly and efficiently. Notifications on upcoming scheduled changes and current unplanned outages are great examples. This results in users being more informed which in turn reduces the number of calls coming into the service desk, and in many cases, this reduction in calls and new incidents can be significant.

IT should be 90% automated and 90% faster in everything we do by the year 2025. The IT organization is the engine for the business and when we make IT more automated and we make IT faster, we are effectively bringing this power to all of the business. Automation enables IT to be more consistent, it drives scalability, it supports operating the business around the clock, and it frees talented people to spend more time thinking and developing innovative solutions to the problems of tomorrow.

The IT organization can learn about building a better focus on the customer from the experts in our call centers. The customer-facing call center has honed its skills over countless customer interactions regarding the science and art of how-to better serve customers, and how to deliver a great experience with every customer touch. Don’t forget to reach out to your teammates in the call center to exchange ideas and brainstorm on how IT can continue to improve throughout our journey to outstanding customer service.

We Now Have the Conviction to Make Change

To recap, as well as the pandemic, we are now in a world dealing with inflation, a broken supply chain, and a workforce that’s shrinking before our very eyes. This may seem like a gloomy outlook and, in some eyes, a recipe for disaster in the years ahead. But there are many reasons for optimism. The pandemic and these new headwinds are making broad, systemic changes the norm. Companies and entire industries are adapting at breakneck speed, investing heavily, and turning to technology to solve almost every problem. There are some truly astounding statistics around this that point to a new and liberating future.

Back in 2020, it took just a few months to achieve the same rate of change that traditionally took years. A recent 2020 IBM study found that the move to e-commerce was moved forward by five years due to the pandemic. McKinsey found the same thing, noting that the already blazing fast move to digital channels was vaulted forward by five years in only eight weeks due to COVID. While it felt like much of the world and business stood still, trends already underway accelerated forward like never before.

What’s more, respondents to the McKinsey survey expect most of these changes to be long-lasting and are already making the kinds of investments that all but ensure they will stick. When they asked executives about the impact of the crisis on a range of measures, they say that funding for digital initiatives has increased more than anything else. More than increases in costs, the number of people in technology roles, and the number of customers.

The obvious question is “Why couldn’t companies have done this before under normal conditions?”

When respondents to McKinsey were asked why their organizations didn’t implement these changes before the crisis, just over half say that they weren’t a top business priority. Other classic excuses, or barriers as we politely like to call them, were given, including:

It’s almost quaint to look back on this list and think about how business-as-usual used to be. So instead of seeing the current headwinds as problems, let’s instead be thankful that we have removed so much of the fear that used to be a drag on bold, progressive business decisions. We have come through so much in the last two years, and finally, we have the conviction to make and stick with the changes that will govern our business for decades to come.

As the Director of Marketing at Bright Pattern, my main goal is to increase awareness on the growing benefits of cloud-based technologies in the contact center industry.

Shelby Bozekowski
As the Director of Marketing at Bright Pattern, my main goal is to increase awareness on the growing benefits of cloud-based technologies in the contact center industry.
Read our ebook “Road to Resilience: The Bright Pattern Forecast for CX in 2022” 7 Reasons to Switch to a Cloud-Based Call Center