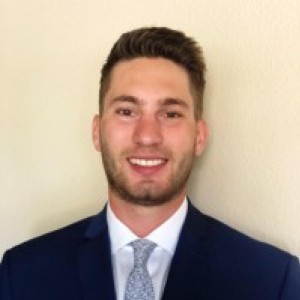 If you talk to CX experts, Call Center IT Directors, and CXO’s about why they moved their contact center to the cloud, they will most likely reply with a variety of answers. But ROI is always at the top of the list. A cloud contact center solution provides companies with a huge return on investment compared to outdated premise technology.

WHERE DOES THE HIGHER ROI COME FROM?

There are some obvious reasons why cloud technologies provide a higher ROI to companies, but there are also some more hidden benefits that lead to a higher return.

FOR MORE INFORMATION ON SWITCHING TO THE CLOUD READ OUT GUIDE:

How to Transition Your Contact Center to the Cloud Safely

The ROI of cloud vs premise is pretty clear to most companies. But once you decide to move to the cloud, how can you be sure the cloud vendor you select has a high ROI among other cloud vendors? We suggest asking their existing customers what ROI they experienced.

G2 Crowd did just this. In their fall report, they compiled ROI statistics from all CCaaS vendors to determine which provider has the best ROI for their existing customers.

The best ROI is awarded to the company with the best average ROI payback time and best average time to implement as reported by actual customers. Bright Pattern earned the award by leading in both categories and providing the best payback period to its current customers among all vendors in the report.

With an estimated ROI payback period of only 7.50 months, Bright Pattern helps customers earn back their investment in less than half the industry average payback time of 17.48 months. Bright Pattern had an ROI payback period two times better than Talkdesk, NICE inContact, and Genesys PureCloud (Talkdesk with 14.35 months, NICE inContact with 15.69 months, and Genesys PureCloud with 20.68 months).

Bright Pattern also delivered an exemplary performance in the Fall report thanks to its ease of use and quick set up time. With a go-live implementation of 1.6 months (on average), Bright Pattern’s speed of implementation is nearly half the average onboarding time for the CCaaS industry. READ THE FULL REPORT TO SEE HOW BRIGHT PATTERN COMPARED TO OTHER CCAAS VENDORS:

Brett Ransom
As Business Development Representative at Bright Pattern, my job is to relay the benefits of our cloud-based platform in the contact center industry.
See How Bright Pattern Compared to Other CCaaS Vendors Why You Need Interactive Voice Response With your CCaaS What Are the Advantages of an AI-powered Omnichannel Contact Center?